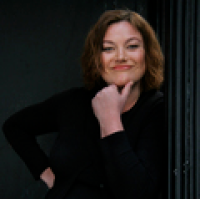 At the upcoming European Council, European Union (EU) leaders will discuss the European Commission’s Communication on a new Partnership Framework with third countries. The Communication proposes an approach which aims to leverage existing EU and Member States’ external cooperation instruments and tools in order to stem migration to Europe. The undersigned organisations express their grave concern about the direction the EU is taking by making deterrence and return the main objective of the Union’s relationship with third countries. More broadly, this new Partnership Framework risks cementing a shift towards a foreign policy that serves one single objective, to curb migration, at the expense of European credibility and leverage in defence of fundamental values and human rights.

The proposed approach is inspired by the EU-Turkey deal which although touted as a successful example of cooperation, has actually left thousands people stranded in Greece in inhumane and degrading conditions. This has particularly affected children, with the result that hundreds of unaccompanied children have been held in closed detention facilities on the islands or forced to sleep in police cells on the Greek mainland. The wider repercussions of this should not be underestimated. It is hard to see how Europe can ask partner countries to keep their doors open, to host large-scale refugee populations and prevent further movements while at the same time Member States refuse to shoulder their fair share of responsibility for protecting people who flee their homes. The right to asylum is being significantly undermined, and it will become more and more challenging for civilians in conflict zones to seek international protection.

The Commission’s proposal ignores all the evidence on the ineffectiveness of deterrence strategies aimed at stopping migration. This approach will not only fail to “break the business-model” of smugglers but increase human suffering as people are forced into taking more dangerous routes. Moreover, despite the stated commitment to respect the principle of non-refoulement, there are no safeguards envisaged to ensure that human rights, rule of law standards and protection mechanisms are in place. As a result, people risk being deported to countries where their rights are not safeguarded. Responsibility and liability for human rights violations do not end at Europe’s borders.

We are disappointed to see that once again the emphasis on deterrence leaves no clear commitments to open up safe and regular channels to Europe for those in need of international protection and for other migrants, e.g. through resettlement, humanitarian admission schemes, family reunification, educational visas, labour mobility and visa liberalisation. Resettlement, labour migration and visa liberalisation are only mentioned as possible leverage with partner countries in a quid pro quo approach.